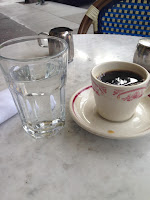 Since I got so much sleep (read Day 1) I was feeling like getting up and going early on Sunday morning. When searching for place to eat in San Francisco I wandered across another traveler's blog and found this little gem of a brunch place, Rose's Cafe.

It was not super close to my hotel. Google maps said it would be a 37 minute walk. It was closer to 50 minutes but that may be because there was lots of hills involved and I am in what I will call medium decent shape. I was able to keep going but someone in better shape may have gotten there faster. Add to that the fact that I have the end of a cold, I am impressed my lungs did not explode. But I was sweaty when I got there. Not taking my coat with me today. Layers! Layers is the key. 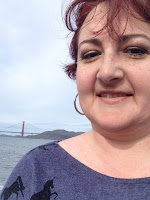 After my lovely breakfast I headed towards Golden Gate Bridge. You see it there on the left in the background?

No I did not walk across it. I have been to SF tons of times and even lived nearby as a kid but I have never walked across it. I'm not sure why, probably because it is long and I would have to walk or ferry back. It's pretty but it's a bridge.  See there it is in the background.

There is a nice park area down by the water and I have to say that whole area has a great name. Though they spelled it wrong if you ask me. 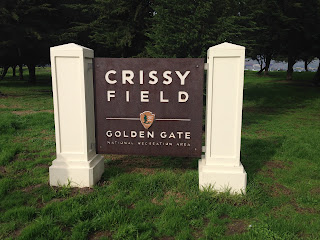 From there I wandered over to the Palace of Fine arts. Here is where I am going to admit I brought my daughter's camera with me because it is small. But I did not bring the right cable to get the pictures off of it and it currently has no memory card so ..... it is taking pictures on the camera's memory but they are trapped in the camera. Oh well. I will just take phone pictures.

I walked around the Presidio a bit, it is pretty. But I needed a break. $2.00 for a giant water and a chance to sit, relax and charge my phone was fine by me. There is something to be said about the comfort and familiarity of a Starbucks. But I do also like exploring new local places. I sat and figured out where I wanted to go next.

I hopped on the bus ($2.25) and headed to Haight Ashbury. Yes in some ways super touristy. But it makes for an amusing stroll. I walked down to Golden Gate Park and back. I may have spent more time in the park if M had been with me. But I spend A LOT of time in parks on trips with her so I decided back to shopping and strolling was best. It was nice to go into stores and not have her begging me to buy a bunch of crap. I mean I know that is the purpose of a store to sell you stuff, but I enjoyed looking at my own pace.

For a late lunch I had a crepe at some little place on Haight. It was not the best I have ever had but also not the worst. It was cheap and easy and that was what I was in the mood for.

I hopped back on the bus and ended up at the trolly car turn around at Powell Street. The line was long so I popped in a few shops around there. The Uni Glo was fun to go into, it has rainbow light steps. I usually love there stuff but they are sort of between seasons and did not have anything I couldn't live without. 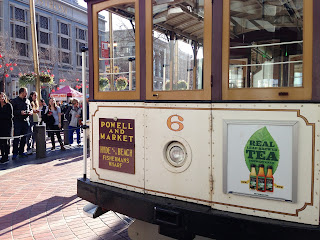 I really could not face walking up Knob Hill. According to my Fit Bit I did 23,359 steps yesterday. I decided I could treat myself to a cable car ride up the hill. At $7 it is a bit much. But I just couldn't  imagine how bad my legs would hurt if I could manage to walk to the top. My legs are sore from all the walking I did yesterday.

I was tired. So I ended up just eating a bite in the hotel bar. Which I will not do again. It is pretty and the food was decent. But the price was crazy! 1 drink and 1 appetizer was $40. Yes I know there are tons of wonderful places in SF. But I was exhausted. Also by the time I paid for a cab to go somewhere, I would have spent just as much or more. However I would have gotten more bang for my buck.

I am more of a breakfast and lunch person any way. So I don't mind having a not so spectacular dinner. But I can and will do better.

Posted by Chrissy Weeks at 7:09 AM 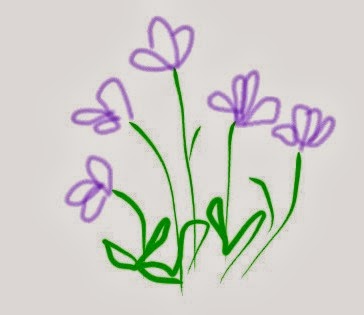